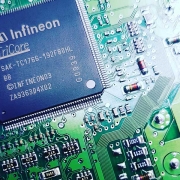 The remaps are specifically designed for your vehicle in either performance or economy formats. See our remapping page to see what’s possible for your car.
Engine Remapping  is the latest and most cost effective way of improving the power and fuel economy of your car. More commonly known as chip tuning, generally speaking you can gain anywhere between 20 to 50 bhp and 20 to 50 NM of torque to your engine on both petrol and diesel cars. (Model Dependent)
Because the car is generally being driven at the same speeds the engine has to work less and so benefits from a 10% fuel economy increase on diesel models.
An Economy remap can produce an fuel saving of up to 15% whilst still gaining power over your cars standard performance!
The system works by changing the computer program that controls the engine management system. Car manufacturers now supply most cars with different power outputs, they then charge a premium for the next model up. Sometimes this is in fact just a different map and we are doing this for a fraction of the cost!
Most remaps are put onto the car by connecting to the cars diagnostic socket. Some later models have extra security in the control unit that requires unlocking and a slightly lengthier procedure. Either way here at Lakeside Garage we can do this for you.
Our system is designed by Celtic Tuning,  a market leader in engine re-mapping. The company is a trusted British name with back up and guarantees and installed by trained technicians. There is a lifetime software warranty and a 14 day money back Guarantee. 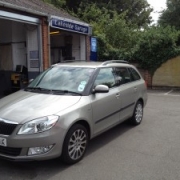 This cold snap is having a field day with headlight bulbs :-((
Scroll to top