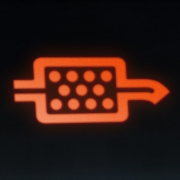 What is a DPF? Diesel Particulate Filter
If you own a diesel car, you probably have a diesel particulate filter, however, you may not know exactly what this is or how to maintain it.
Diesel particulate filters have been fitted to diesel-fuel cars for almost two decades now – but if not maintained, or if tampered with there could be serious consequences for your car.

A diesel particulate filter (DPF) is a filter that captures and stores exhaust soot in order to reduce emissions from diesel cars. But because they only have a finite capacity, this trapped soot periodically has to be emptied or ‘burned off’ to regenerate the DPF.
This regeneration process cleanly burns off the excess soot deposited in the filter, reducing the harmful exhaust emission and helps to prevent the tell-tale black smoke you used to see from diesel vehicles, particularly when accelerating.
Euro 5 exhaust emissions legislation introduced in 2009 to help lower car CO2 emissions effectively made DPFs mandatory, and since then, around one in two new cars a year have been diesel-powered.
If you remove the DPF, you could face fines if caught (up to ₤ 1,000 for cars and ₤ 2,500 for vans) and removing a DPF can also invalidate your car insurance policy.

How do I tell if my diesel particulate filter is blocked?

If the DPF is becoming clogged with soot or a fault develops in the system, an orange light will typically appear on the dashboard.

They usually look like a piped box that has dots in the middle, although they can slightly vary by manufacturer manufacturer– check your handbook for more information 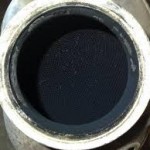 Short journeys at low speeds are the prime cause of blocked diesel particulate filters.
This is why car makers often go as far as recommending city-bound short-hop drivers choose a petrol car instead of diesel (and it’s why diesels are something of a rarity in the city car sector).
Other things that are bad for DPFs include poor servicing. A diesel particulate filter on a poorly serviced car may fail sooner than a well maintained one, generally, they should last for at least 100,000 miles.
It’s important you use the right type of oil as well– some oils contain additives that can actually block filters.
Using low-quality fuel and even running the car frequently on a low fuel level as the car may avoid DPF regeneration in order to save fuel.

How do I maintain a diesel particulate filter?

The best way to maintain a DPF is to make sure it’s fully able to regenerate itself when it’s full of soot (when the warning light appears).
There are two types of regeneration: passive and active.
Passive regeneration
Passive regeneration occurs when the car is running at speed on long motorway journeys which allows the exhaust temperature to increase to a higher level and cleanly burn off the excess soot in the filter.
So it is advised that drivers regularly give their diesel vehicle a good 30 to 50 minute run at sustained speed on a motorway or A-road to help clear the filter.
However, not all drivers do this type of driving regularly– which is why manufacturers have designed an alternative form of regeneration
Active regeneration.
Active regeneration means extra fuel is injected automatically, as part of the vehicle’s ECU, when a filter reaches a predetermined limit (normally about 45%) to raise the temperature of the exhaust and burn off the stored soot.
Problems can occur, however, if the journey is too short, as the regeneration process may not complete fully.
If this is the case the warning light will continue to show the filter is still partially blocked. In which case it should be possible to complete a regeneration cycle and clear the warning light by driving for 10 minutes or so at speeds greater than 40mph.
You will know whether active regeneration is taking place by the following symptoms:
Engine note change
Cooling fans running
A slight increase in fuel consumption
Increased idle speed
Deactivation of automatic Stop/Start
A hot, acrid smell from the exhaust

What do I do if neither active nor passive regeneration work?

If your warning light continues to stay on, turns red, or additional DPF lights come on, do not leave it too long before getting it checked out.
More damage can be caused this way and what could be an inexpensive fix can become something much more expensive.
We can clean blocked DPFs, in a cleaning process and a forced regeneration. So replacing the DPF is rarely required. See more information on this here.

It’s a failure to correctly regenerate that is the cause of most diesel particulate filter issues: they become blocked, which increases exhaust emissions, stifles engine performance and sometimes even puts the car into a restricted ‘limp-home mode’. Failure to regenerate could be caused by poor driving conditions or failed engine sensors.
On some models the engine may not restart after a number of miles– again, consult your handbook for details.
Modern diesel car owners thus need to be conscious of the importance of maintaining their diesel particulate filter through driving habits and practices.

Do I need a diesel particulate filter to pass the MOT?

A diesel particulate filter check has been part of the MOT test since February 2014. If a filter has been removed, the car will fail its MOT.
Call us for any more information that you may need. 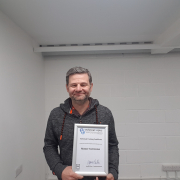 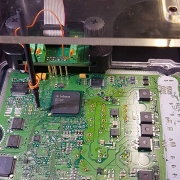 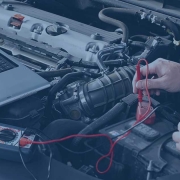 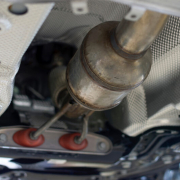 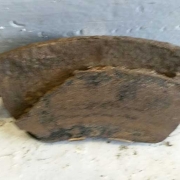 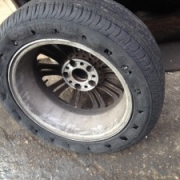 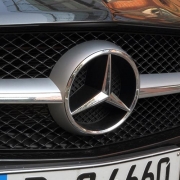 Is your Mercedes subject to the Digital Service Book?
Air Conditioning Service and Re-Gas